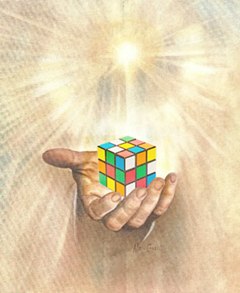 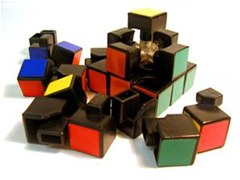 So, how did a Google engineer, a Kent State mathematician, a German math teacher and a Californian programmer crack the code?

And I thought speedcubing was complicated!

The easiest and hardest permutations that the number-crunching program solved are pictured below.  The "Superflip" (left) was the first position ever found with 20 moves.  The hardest has no name (right), but brings back awful memories of a shattered puzzle box all over the floor.

See the solution for these two in action!

Still don't get it?  The team of researchers have a website with all the information you need, including a history of God's Number.  And if you still don't get it after that, check out Tomas Rokicki's detailed explanation.

Or maybe just try solving a Rubik's Cube first, and then go from there.

Want to master Microsoft Excel and take your work-from-home job prospects to the next level? Jump-start your career with our Premium A-to-Z Microsoft Excel Training Bundle from the new Gadget Hacks Shop and get lifetime access to more than 40 hours of Basic to Advanced instruction on functions, formula, tools, and more.

Other worthwhile deals to check out:

Join the Next Reality AR Community

Get the latest in AR — delivered straight to your inbox.